The ARC – Response to Coronavirus

The ARC – Response to Coronavirus

For the last two years the ARC, in conjunction with Enniskillen Foodbank, have been involved on Fridays in the distribution of food parcels to people within the community who are vulnerable and in need of support. This function has been supported by other charities including the St Vincent de Paul and a hard-working group of staff and volunteers. Since the emergency measures surrounding the response to the Coronavirus pandemic have been in place, the demand for this service has hugely increased. As of last week, we were involved in supporting in excess of 200 people, many of whom have not required support previously, but due to shielding, self-isolation or loss of income they find themselves in need of this help.

The work of the ARC centre has always been underpinned by the logo ‘Helping People to Help Themselves’. Traditionally much of the contribution to the food bank came from within the local community and often not from a deep well of resources, but from a deep well of compassion and recognition that we can and should help one another. There is strong evidence that this pandemic has revealed how quickly people can move from being self-sufficient to requiring support.

The Handiheat project, which sits within the ARC’s service, has been examining the extent of fuel poverty over the last 18 months. It has become clear that for a number of reasons, even though the weather has been clement for much of the time, many households are using more fuel than normal and consequently facing higher bills than normal. This is largely due to people being at home more than normal, with heat and power demand increased. Others are facing significant reductions in their incomes. Children are not in school, adults not out at work, so there are more potential costs associated with regular living. In order to begin to address this change in circumstances and potential change in the demographic who may experience fuel poverty, we decided to produce a newsletter that addressed some of the issues around the area of fuel poverty. This has been distributed along with the food parcels delivered and gave a range of suggested links around maximising fuel efficiency, carrying out benefits checks where appropriate to maximise income and advice around managing resources and linking to fuel suppliers and other support networks. 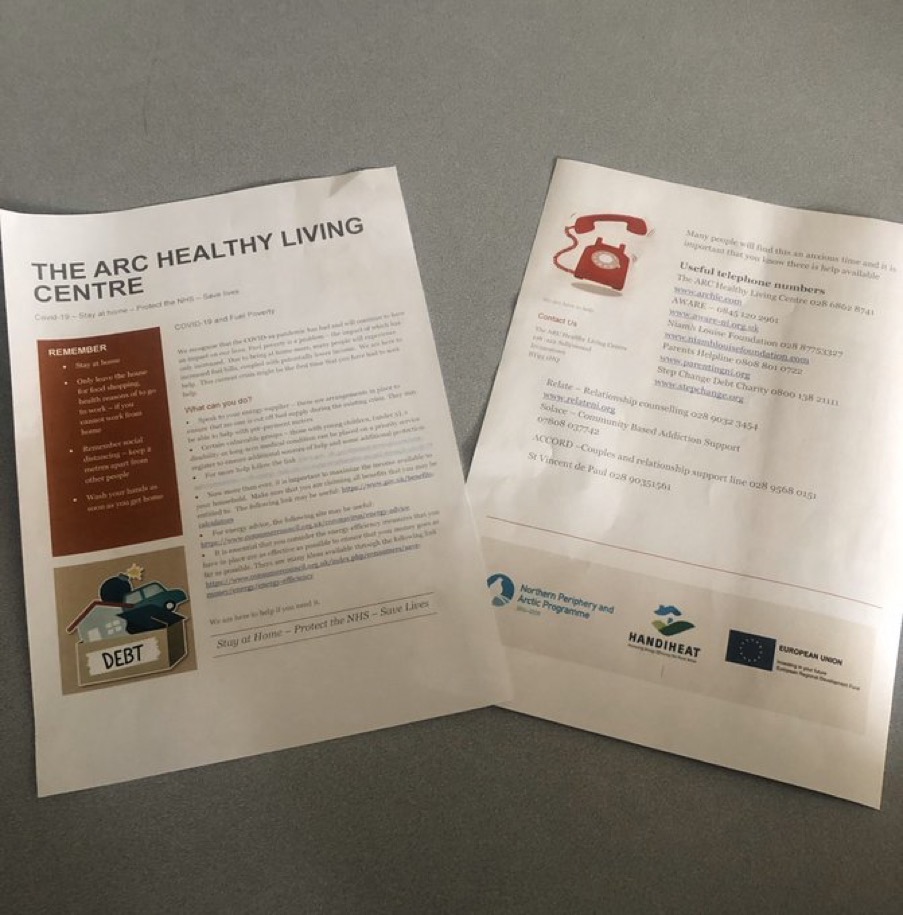